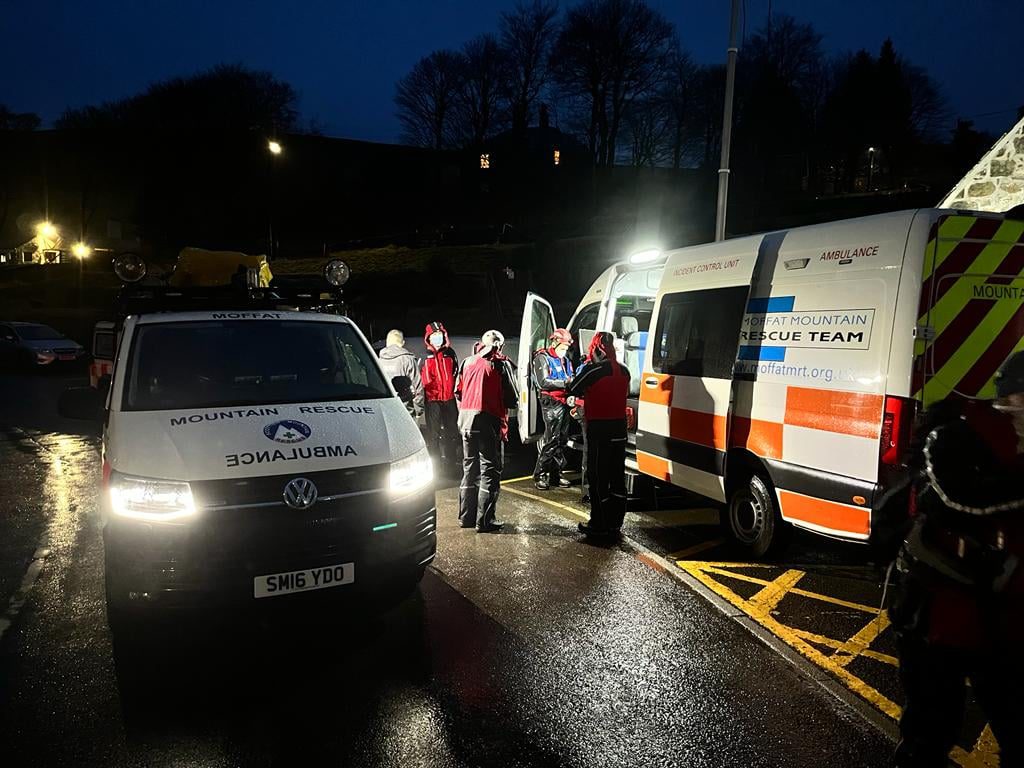 After a man was reported missing at Scotland’s highest village, Wanlockhead, Dumfries and Galloway at 04.15am, on 31 December 2021 Police Scotland asked for the assistance of multiple rescue agencies including, Moffat and Galloway Mountain Rescue teams

The search was launched for a missing man who had failed to arrive back at the house he was staying at after a night out in the Wanlockhead, Scotland’s highest village. 14 team members from Moffat Mountain Rescue responded along with the teams 3 vehicles and set up a control point in the centre of Wanlockhead.

The team identified search areas and commenced hasty searches along the route the missing man was thought to have travelled along with searches of watercourses in the area. As more personnel arrived on scene the search was expanded to include areas around the village.

The team located the missing person who had overshot the place he was trying to get to and then had got disorientated in the remote area outside of the village. Fortunately he was none the worse for his night out in the hills of Wanlockhead but was soaked to the skin with the night’s rain

D&G Council Waste Services and Registration teams up for Awards