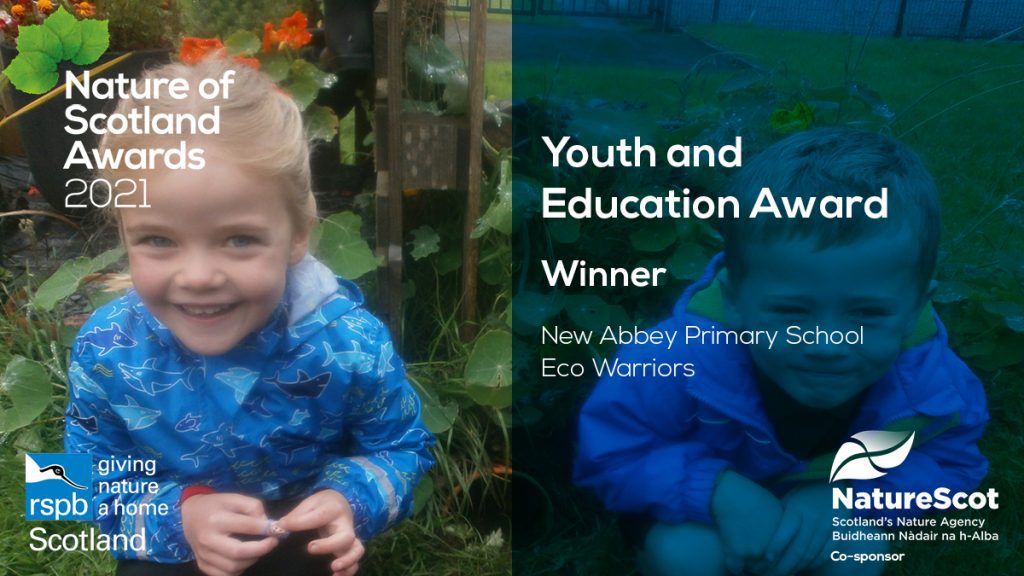 RSPB Scotland has recognised the 10 winners of its Nature of Scotland Awards at a special 10th anniversary ceremony.

Co-sponsored by NatureScot, the awards celebrated the many individuals and organisations making a difference in their local communities, businesses and schools to support Scotland’s wildlife and special places.

10 winners were awarded in the virtual ceremony tonight (Wednesday 17 November), which was hosted by BBC Landward’s Arlene Stuart.

This year saw a special 10th anniversary accolade for Nature Champions of the Decade, which was decided by a public vote from a selection of previous winners from the last 10 years. Presented by Lorna Slater MSP, the award was given to Sunnyside Primary School, which committed to creating and spreading inspiring campaigns such as #DrainCampaign and #DareToSoar; as well as challenging Government policy and bringing about change across many biomes.

Anne McCall, Director of RSPB Scotland said: “The standard of entries for this year’s awards was excellent – especially when we consider how challenging the last two years have been for many.

“My fellow judges and I had a difficult job narrowing down our finalists to winners, as we saw some incredible examples of projects and initiatives from across the country – highlighting how much we value nature here in Scotland.

“I’d like to extend my congratulations to all of our winners, and a special congratulations to our Nature Champions of the Decade; Sunnyside Primary. The young people there have worked tirelessly over the years to introduce campaigns to support Scotland’s species and habitats. It is this attitude in our young people that will help support the conservation of Scotland’s nature for generations to come.”

Francesca Osowska, chief executive of awards co-sponsor NatureScot, said: “COP 26 has highlighted the urgent need to tackle the twin crises of nature loss and climate change facing us all.

“Against that backdrop, it has been even more heartening to see an incredibly high standard of entries for this year’s awards. It’s particularly inspiring to see Sunnyside Primary School crowned our Nature Champions of the Decade, showing the power of the next generation, and reminding us that we all have to be champions for nature.”