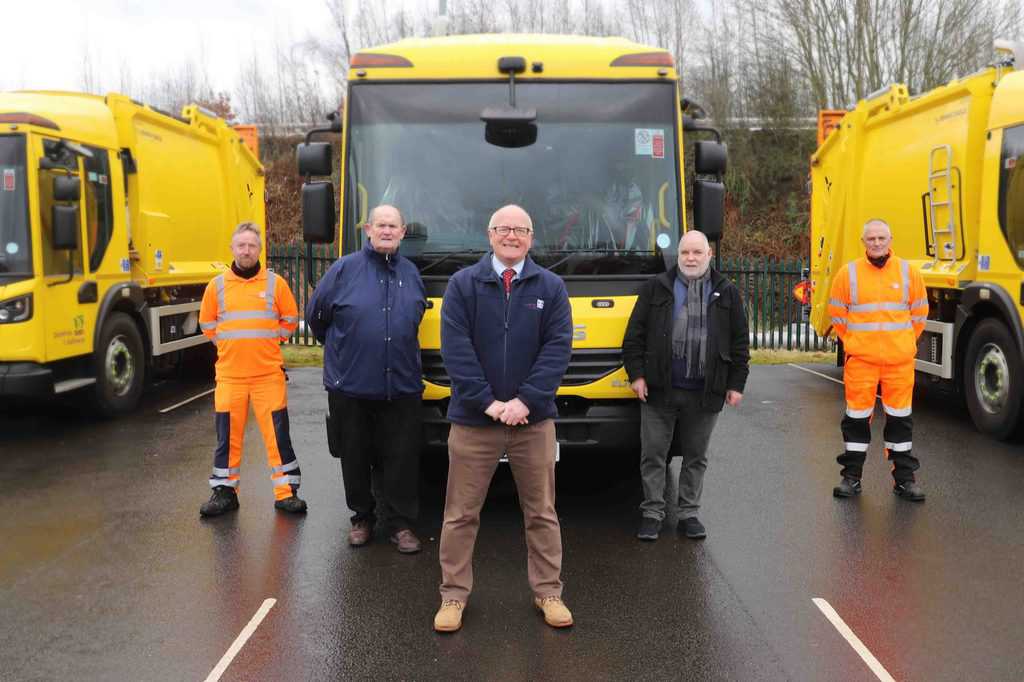 Dumfries and Galloway Council’s new kerbside waste and recycling service has started strongly with over 67 tonnes of materials collected in the first three weeks across the Stewartry area.

With the new service now being rolled out across Nithsdale and set to be launched in Annandale & Eskdale from May, council officials are now urging the public to carefully follow recycling guidelines after discovering non-recyclable ‘contamination’ within some of the initial collections.

This included plastic wrappers, cling film, carrier bags, coat hangers and film lids from ready meal trays. Mixing these items with recyclable plastic bottles, pots, tubs and trays, metal cans and cartons reduces the quality of the collected materials and can prevent an entire load from being recycled as well as causing damage to waste sorting equipment.

Councillor Andy Ferguson, Chair of Dumfries and Galloway Council’s Communities Committee said: “We are delighted with the initial public response to the new kerbside recycling service but it’s now important for households to ensure they are only recycling suitable items. All non-recyclable items, including plastic wrappers, biscuit wrappers, crisp packets, cling film, carrier bags and ready meal film lids should be disposed of in the non-recyclable bins.

“The recycling advice on packaging is not always in line with the requirements for Dumfries and Galloway’s new service, so I would urge residents to follow the guidance in the booklets sent to households or check this on the Council’s website. If in doubt, people should leave it out of their recycling bins.”

Councillor John Martin, Vice Chair of the Council’s Communities Committee, also noted: “While this has been an issue in only a tiny fraction of the initial collections, putting non-recyclable contaminant items in the new recycling bins reduces the quality of materials being collected. This can also create additional transport, sorting and disposal costs, taking council resources away from other projects which can benefit our community.”

More information about the new service, including a full A-Z list of what can be placed in each bin or recycled at a household waste recycling centre, plus dates for when the service will be rolled out to different areas across Dumfries and Galloway, can be found at: www.dumgal.gov.uk/wasterecycling

SQA Education Scotland To Be Reformed