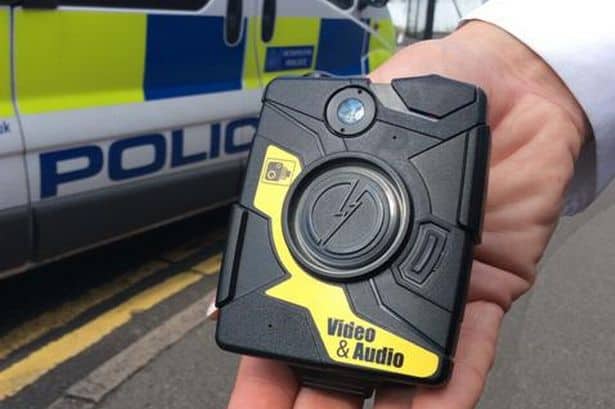 The £505,000 contract will see firearms officers equipped with the technology ahead of the COP26 UN climate change conference, which takes place in Glasgow in November.

BWV has been shown to have a positive impact on the safety of the public and the officers wearing it, and all other armed police units in the UK are currently deployed with cameras.

The introduction of BWV for armed officers will bring Police Scotland into line with these other services and ensure best practice and evidence, as well as increased transparency and accountability at incidents.

It follows Chief Constable Iain Livingstone’s support for the deployment of BWV to armed police officers as a “pressing, critical, ethical and operational imperative” and his commitment to focused and concise public engagement prior to rollout.

Police Scotland ran an online survey in February 2021 where we asked the public about their views on armed police officers using BWV to record certain incidents. Almost 9000 people responded, making it one of the largest ever carried out by Police Scotland, and the survey found strong public support for the proposals.

A separate national consultation is now under way on plans to introduce BWV to more police officers and staff across Scotland.

Assistant Chief Constable Kenny MacDonald said: “Armed policing remains an area of high risk and understandable public scrutiny and as such the roll-out of body worn video will help improve transparency and accountability. The safety of our officers and staff as well as that of the public remains paramount in our decision to introduce this technology.

“The use of body worn video aims to lead to greater transparency, reduce and resolve complaints, as well as reducing delays to the justice system.

“While this is not new technology, and every other armed policing unit in the UK uses body worn cameras, it is a significant introduction for Scottish policing. As such, our public engagement survey for wider use by frontline officers is essential to ensuring people have a voice and it will help us gather and address any ethical and community related concerns where possible.”

Martyn Evans, Chair of the SPA, said: “The Authority supports fully the roll out of BWV to Police Scotland’s armed officers in advance of the COP26 conference. There is clear evidence of the benefits for policing, the public and the wider criminal justice system when BWV is available. The Authority is committed to supporting Police Scotland in exploring and embracing new technologies for policing whilst ensuring privacy and human rights are respected and robust oversight arrangements are in place to maintain public trust and confidence.”

Paul Strozier, Axon Managing Director Europe, Middle East & Africa, said: “We are absolutely delighted to be able to work with Police Scotland on this critical deployment of both cameras and software to equip their Armed Policing officers. Police Scotland has strict, high standards for operational use of any critical equipment and the Axon Flex 2 point of view camera has achieved these standards by being developed specifically to meet the challenges of modern day policing. Axon’s user-friendly software solutions will also support collation of evidence protecting not only Police Scotland officers, but also the communities they serve.”

Launch of the ‘Galloway Footsteps’ Initiative: How to reduce your Environmental Impact

£105,000 of Herbal Cannabis Recovered Near Moffat