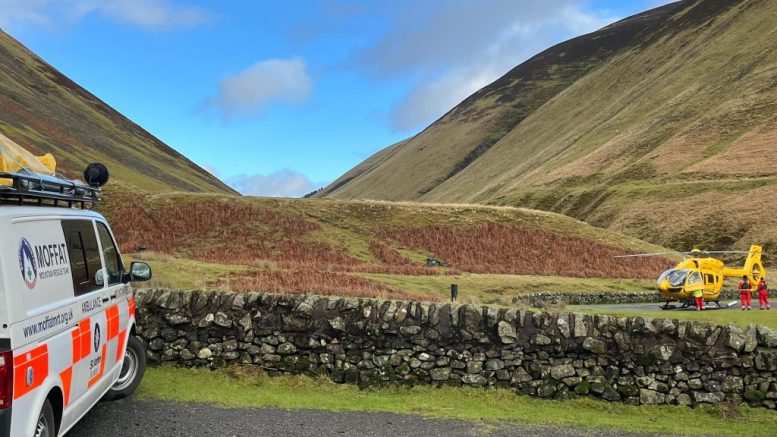 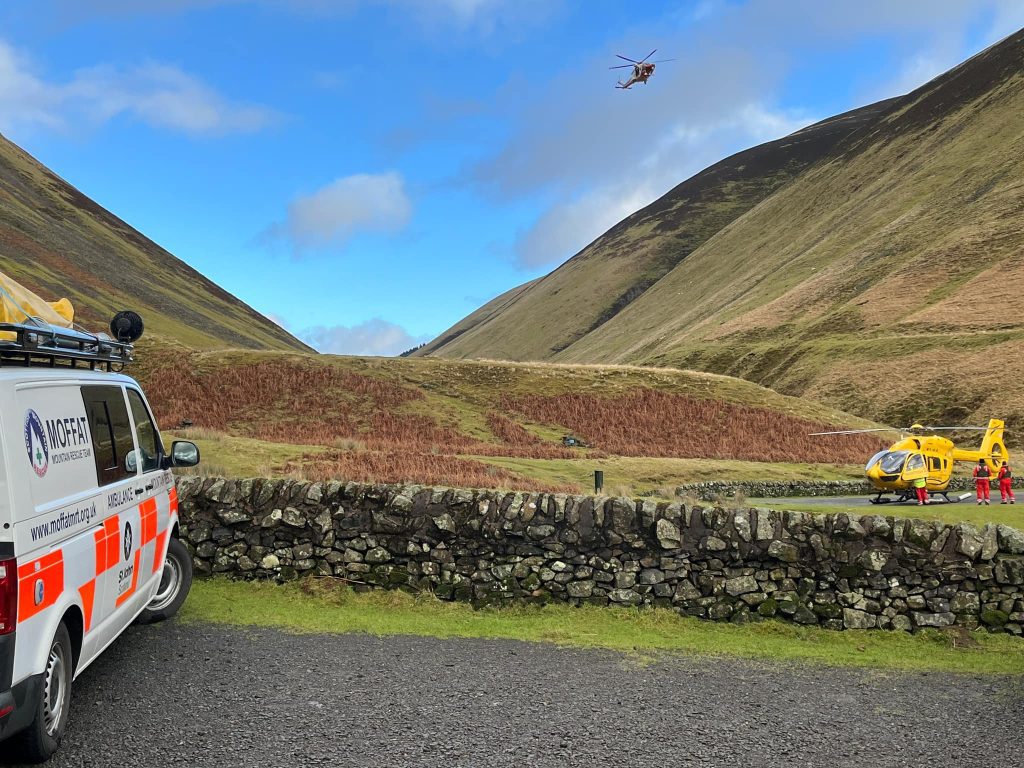 HM Coastguard Rescue 199 and Helimed Trauma Team helicopters to the

location, as well as contacting Police Scotland. Given the complex terrain, the

the casualty if the helicopter teams were unable to do so.

probationer training so were able to respond quickly to the location.

Helimed arrived on location first, passing on a grid reference of the casualty

location to MMRT who were then able to make their way to that location.

safe location on the path, then joined by members of MMRT to assess the

multiple injuries in the upper section of the Gey Mares Tail. Pain relief was

administered and the casualty was packaged in a vacuum mattress, casualty

Moffat MRT tending to the Hi-line to stabilise the stretcher during the winch.

The casualty was then conveyed to a major trauma centre for further care.

involvement, as were Fire and Rescue as Rescue 199 was able to safely

complete the extraction. The Police Scotland MRT arrived on scene but were

technical rigging system and retrieved the rucksack before returning to base.

The quickest way to get help on the hills if you need it is to dial 999, ask first

for POLICE, then MOUNTAIN RESCUE.